In years in which the borderline between the various disciplines of art was intentionally unstable or uncertain, if not nonexistent, Pettena dabbled in experimental music, even creating works in collaboration with musicians like Vittorio Gelmetti, Giuseppe Chiari, Davide Mosconi and MEV (Musica Elettronica Viva), for which this 'sound' performance was conceived. Sound is in any case a component of Pettena's work that he considers fundamental for the definition of a space, just as it is in the observation of a natural scene or in the location of a building. Components that are fused in the idea of this performance, which took its inspiration from the experimental music of those years but was then defined both by the presence of the body moving in space and by the relationship/comparison with nature: here the sound of the wind produced artificially by the movement of the body "prepared" inside the tunnel, a forest constructed on a human scale, a sequence that is at once spatial and musical. 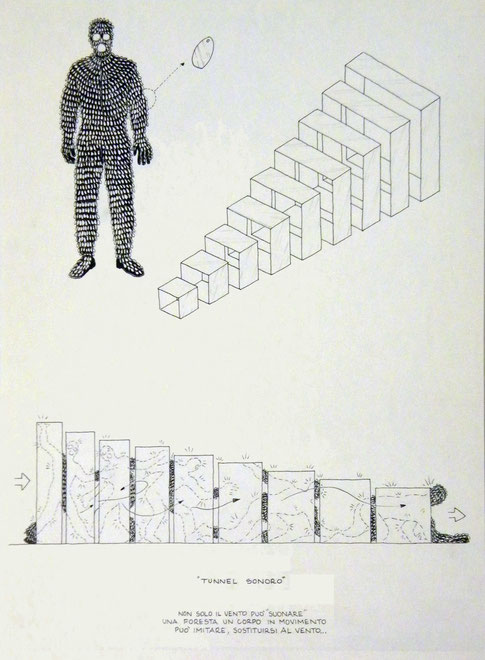