This conference/performance was staged for students at the Architectural Association of London at the mouth of the Thames while the tide was rising: a conference on the theory of architecture, pure, abstract theory, produced in a limited time, its length determined by the constraints imposed by changes in the physical environment. The conference was necessarily interrupted when the tide grew dangerously high and the cold unbearable, as is clearly shown by the photographic documentation.

It was precisely the “work” of the context, independent of things, people and actions, that constituted a powerful statement. Pettena summed up its significance by saying: “It does its job while I do mine. My craft is conditioned by the force and by the presence of the other’s craft.” 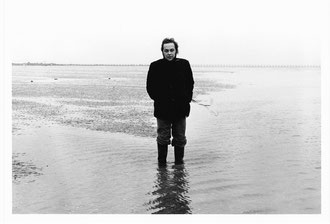